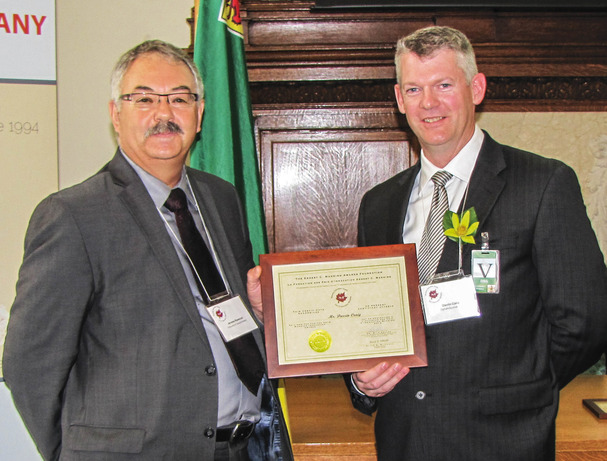 [REGINA, SK] – May 3rd, 2013 – DynaIndustrial announced today that it has been nominated for the 2013 Manning Innovation Awards. The Ernest C. Manning Awards Foundation has been recognizing and supporting Canadian innovators since 1982. Nominees are Canadian Citizens who have demonstrated innovative talent in developing and successfully marketing a new concept, process or procedure.

DynaIndustrial has been nominated for its creation of the DynaBolter (www.dynabolter.com). The DynaBolter is a single-operator roof-bolting machine that provides increased safety to an otherwise very dangerous job. In order to prevent the mine roof from collapsing, mine workers traditionally were required to stand beneath unsupported mine roof to install roof-bolts. This put mine workers at risk of being hit by falling rock or worse, having the roof collapse on them. The DynaBolter improves this process by allowing mine workers to control the entire roof-bolting process from the safety of the machines operator’s cab. Using the DynaBolter mine workers are able to drill a hole, inject an epoxy, and install up to 6-bolts without being required to leave the machine. These features not only help to improve the safety for mine workers, but also provide for increased efficiency.

“We at DynaIndustrial want to thank the Ernest C. Manning Awards Foundation for the nomination. We are very proud of the DynaBolter and all our employees who have played such a major role in its creation. We feel that the DynaBolter is an innovative machine that will make a safer future for mine workers.”

DynaIndustrial has been serving Saskatchewan since its inception in 1976. DynaIndustrial specializes in the custom design and manufacturing of large equipment for the mining, oil & gas, and steel industries. 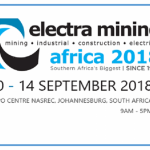 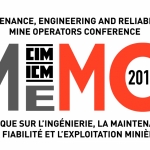